On a Melbourne Cup TV fashion interview I heard there were rules for wearing white before a certain month. What month??? Do the four seasons change on the first of the month???????? LOL EB

When to wear white?

Hmmm...The first time I heard of rules for wearing white was while I was living in the US. I'd never heard of them in the UK, where I was brought up, nor here in Australia. Though I suppose similar rules could be applied here.

Traditionally wearing white is associated with the warmer, drier months of Spring and Summer and brides. I'm not sure where this tradition came from, but when you think about it it makes sense. Especially before roads were paved, white shoes and clothes would get very messy in the cooler, wetter months.

In the US the rules are: wear white only between Memorial Day (last Monday in May, that is towards the end of Spring) and Labor Day (first Monday in September, that is around the start of fall or autumn).

In the US I suppose some people would think you uncouth if you wore white before Memorial Day or after Labor Day. However, I don't know that it's such a hard and fast rule now-a-days.

Yes, here in Australia the seasons official change on the 1st of the month (1st September is the start of Spring, 1st December is Summer, 1st March is Autumn and 1st June is Winter). In the US and UK they change on 21st of the month.

However, I think you're really asking when the fashion seasons change.

There are only 2 main fashion seasons...


These could well tie into the official seasons, but I think most people think of changing the style of clothing they wear when the weather changes, regardless of the official dates.

Join in and write your own page! It's easy to do. How? Simply click here to return to Style Makeover Question. 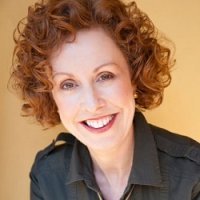 "Your style makeover may require a few tweaks or a total re-think. Using a mix of science and art I show you how to discover your style and look great every day.

Hi, I'm Jane Liddelow, the Personal Image Consultant and Stylist responsible for this site. Find out more about me here."